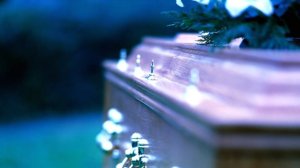 This is my favorite story…  and it’s a true one.  I’ve made my mother tell this story so many times she’s got to be sick of it.

My mom, Rhonda Willeford, has a beautiful singing voice.  Because of that, she is often asked to sing at weddings, funerals, and such.  One time, when she was in her mid-twenties, she was asked to sing for an 80 year old woman’s funeral.  Mom lived about an hour away from the church, so she had to dress and get ready at home and then drive the hour long trip.

As she was walking up the sidewalk at the church, another woman stopped her.  “Have you been by the funeral home?”  Mom replied that she had not, that she had just gotten into town.

Mom listened intently, thinking the woman was trying to communicate that there was something sentimental about the deceased woman’s dress.  Mom asked, “What dress?”

Panic ensued.  How strange is that–to sing at a funeral, dressed as the deceased???  Then when you add the age gap…  my mom would always sigh in exasperation that her granddaughters must have picked out the dress.

There was no time to change–she lived an hour away.  There wasn’t enough time to go shopping–she needed to be doing her mic check at that very moment.  Mom was mortified.

She and the funeral director found the only workable option: they rearranged all of the flowers so that Mom could be completely hidden as she was singing.  She then slipped out and left.

The moral of the story?  If you’ve been asked to sing for a funeral, attend the viewing of the body to avoid dressing as the deceased…  Though I’m pretty sure you’ve got a better chance of being struck by lightening than of this story ever happening to you.